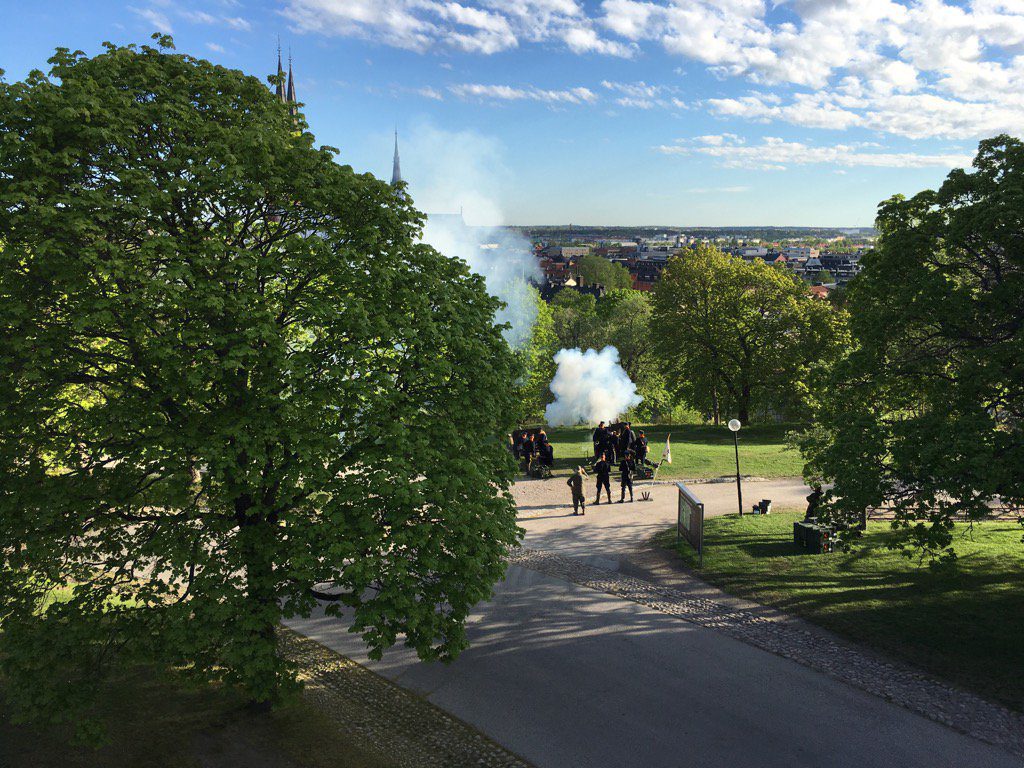 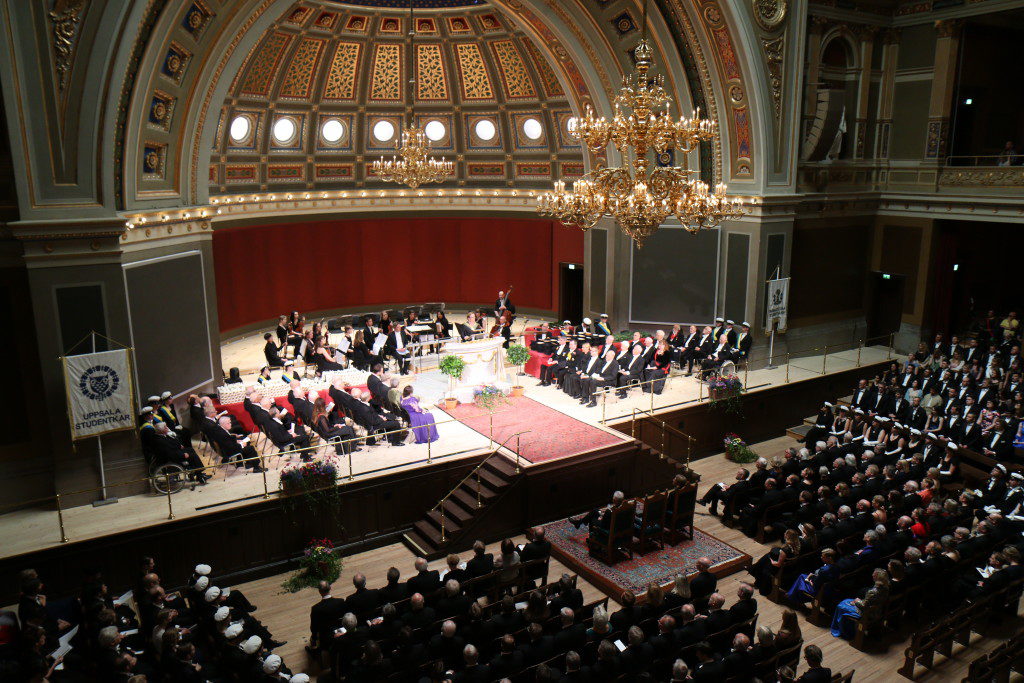 A day’s work as Vice-Chancellor of Uppsala University can contain a lot of variation and today was a case in point. In a moment I’m off to V-dala for dinner with this week’s Q&R17 panelists. The second week is in full progress, with 9 more panels and 66 experts from 13 countries.

This morning, at the usual weekly Vice-Chancellor’s decision-making session, I decided on this year’s winners of the Distinguished Teaching Award. Patience – the press release will go out tomorrow and their identity will be officially announced then. I also approved support from the Vice-Chancellor’s strategic funds for Uppsala Antibiotic Center, which added extra interest to the article in today’s edition of the local newspaper UNT about school pupils who have produced a magazine, Resistens (article in Swedish), about the very topic of antibiotic resistance. The plan for gender mainstreaming was also adopted. It contains the following areas for action:

After that, it was off to Ångström and the inauguration of SwedNess, a graduate school in neutron scattering supported by the Swedish Foundation for Strategic Research. Uppsala University is coordinator but it is a cooperative undertaking also involving the Royal Institute of Technology, Chalmers, Linköping University, Lund University and Stockholm University. Twenty doctoral students will be recruited to build up expertise in Sweden for the European Spallation Source (ESS). It’s positive and important that we can cooperate on this graduate school. Thank you, Swedish Foundation for Strategic Research! 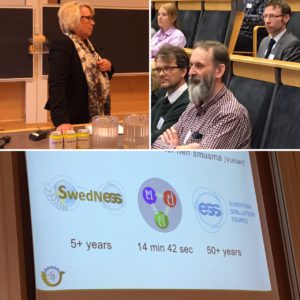 The next stop was Gustavianum, where the National Centre for Knowledge on Men’s Violence Against Women launched the report on the Uppsala model, in which research, education and clinical work combine to provide vulnerable women with the support and help they need. 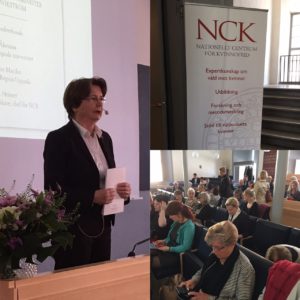 At short notice, we learned that the former president of South Africa, Thabo Mbeki, was visiting Uppsala today, we managed to squeeze in a half-hour talk this afternoon before I went on to the annual meeting of Drivhuset. There’s no chance of boredom in this job, on the countrary, every day is full of interesting meetings and discussions and I’m constantly full of admiration and respect for the work being done and commitment displayed at our University. It’s easy to feel proud as Vice-Chancellor. 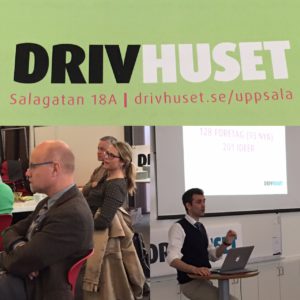 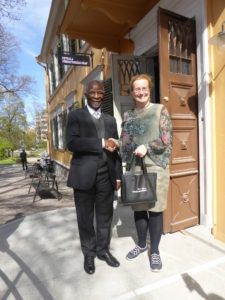 On Wednesday, the entire University management (apart from Torsten, who had other commitments) visited Skåne for a joint meeting with the management of Lund University. We shared experiences of managing agency capital, compensation for language programmes, storing of research data and financing of facilities. We compared our impressions of the terms of reference for Agneta Bladh’s inquiry on internationalisation and Pam Fredman’s inquiry on governance and resource allocation, and we discussed the funding of national infrastructure resources, in particular Max IV and the Swedish National Infrastructure for Computing (ANIC). 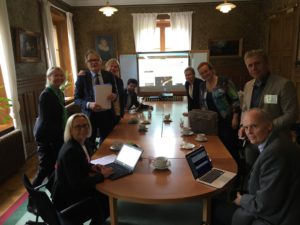 These regular meetings are valuable. It is important that Sweden’s two largest and broadest research universities maintain a dialogue and develop a common view on fundamental research and education policy issues. Our thanks to Torbjörn von Schantz, Eva Wiberg and others at Lund for their hospitality and for a productive time together! 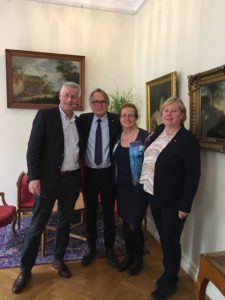 Before travelling back to Uppsala, we found itme for a short visit to the Museum of Artistic Process and Public Art, very interesting and inspiring. 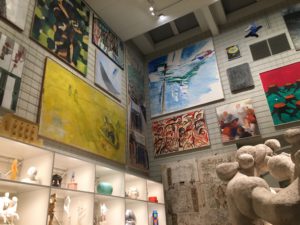 This week and next, 19 panels of external experts will visit our University. Today we were pleased to welcome the first group – 10 panels made up of 68 experts from 17 different countries. The experts’ role is to analyse the strengths and weaknesses of our research environments and to recommend ways to improve our activities. Q&R17 – which stands for Quality and Renewal 2017 – is the third evaluation Uppsala University has carried out, on our own initiative, following rounds in 2007 and 2011. The purpose this time is not to grade and rank but to give good advice as critical friends through constructive collegial dialogue so that we can develop and become even better. Q&R17 also includes reflection on the links between research and education, and between research and external collaboration. 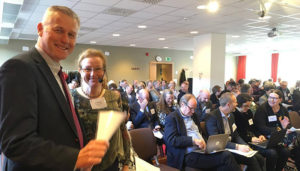 An exercise of this kind requires a lot of work on the part of many people and we in the University management are impressed that everyone involved has devoted so much time and thought to it. Today it was especially pleasing to meet our external panelists, who asked many questions and showed great interest. This bodes well for a rewarding week for everyone involved. We look forward to summing up the first week on Friday and then gathering ourselves to welcome the next group in a week’s time. Read more here.

There are many reasons to celebrate and salute success. One such occasion came on Friday when the Göran Gustafsson Prizes were awarded to young researchers – Anna Rostedt Punga and Cecilia Persson of Uppsala University received the Göran Gustafsson Prize of SEK 2.5 million each to be used freely for research purposes. The small prize of SEK 0.5 million went to Olov Norlén and Reza Younesi. The prizes were presented at a grand ceremony in Stensalen at the Royal Palace of Stockholm. A total of SEK 12 million was shared out to promising young researchers at Uppsala University and the Royal Institute of Technology. 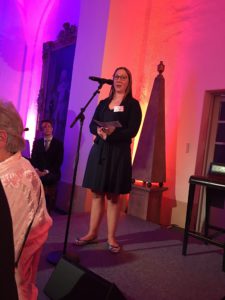 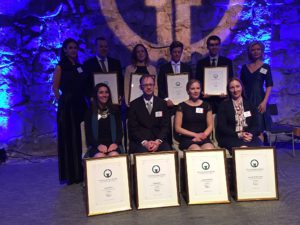 Another occasion came on Thursday at the Department of Business Studies, which celebrated the successful launch of new international Master’s programmes that have attracted many applicants. At the same time, the newly recognised Excellent Teachers, newly promoted professors and new docents were honoured. There were celebratory cakes and book prizes. It’s important to take time to celebrate, to take pleasure in one another’s successes. It makes a difference to say a few words of appreciation to each other – we ought to do it much more often. 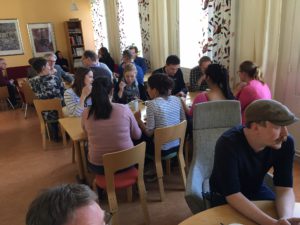 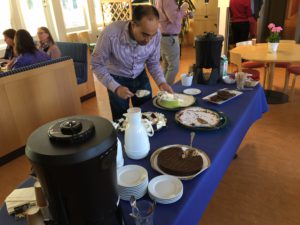 I haven’t had time to read the evaluations, but many participants expressed their appreciation of the overnight conference of heads of department that we have just had. The positive comments were not solely attributable to the perfect early summer weather we enjoyed at the venue, Fagerudd. 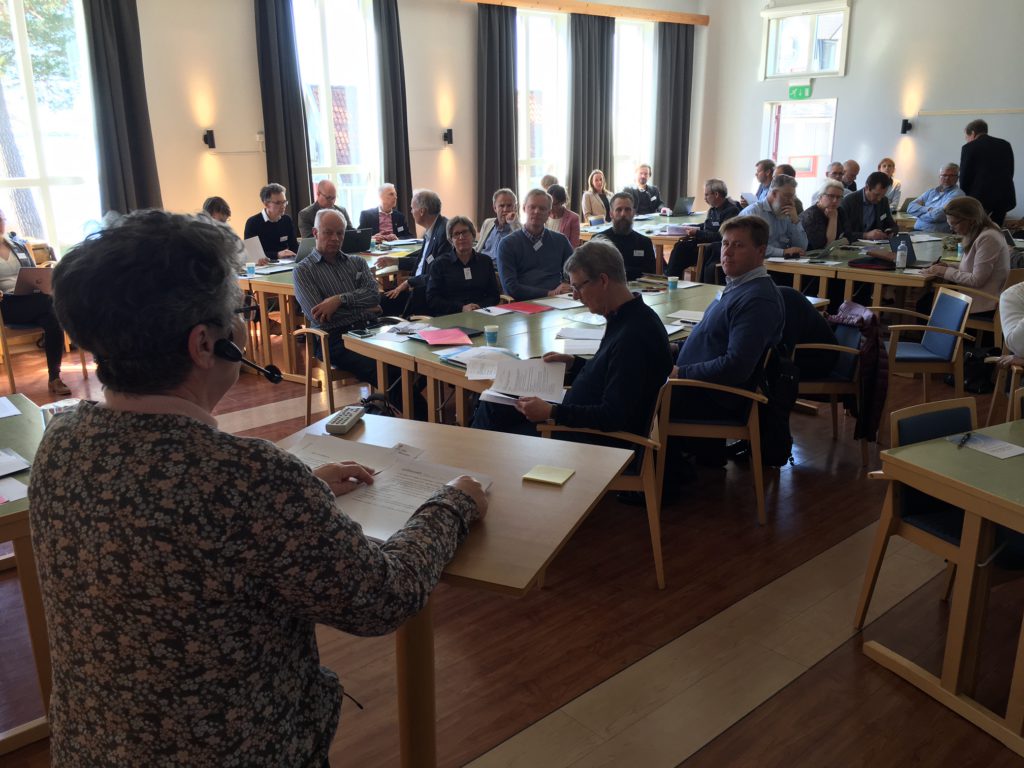 On the first day, the department heads dived into the rules of procedure, in a session led by Lena Marcusson. Although the main focus was on the departments and the role of a head of department, many other questions also came up and I feel that the working group received a lot of sensible and intelligent input for their ongoing work. At the end of the day, Staffan Svärd looked back on his six years as a head of department in a rich and interesting presentation. We learned about ‘gegenpressing’ and embraced the advice: “Be calm and be yourself.”

The second day was about staff recruitment and development. Daniel Gillberg and Eliane Forsse started out by setting out the framework for staff recruitment and development plans and describing the recruitment, development and termination support available at Uppsala University. Åsa Kettis then talked about career support for young researchers. Magnus Öberg, Karin Forsberg Nilsson and Olof Karis gave us three examples of practice at department level. It’s striking how different – yet also how similar – things can be. I heard many positive comments over the two days on how important and rewarding it is to meet one another and exchange experiences, some heads of department are new and need to get to know their colleagues.

Back in Uppsala, I (Eva) and Vice-Rector Torsten Svensson met a group representing 12 Canadian universities on a study trip to Sweden and Finland. Anders Malmberg took care of a meeting with NCC, who are one of our strategic partners. The day’s work ended with this semester’s update meeting with the management of the Swedish University of Agricultural Sciences (SLU). We discussed our cooperation – and noted that SLU will be 40 and UU 540 this year!