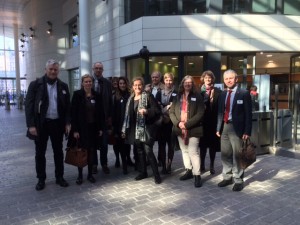 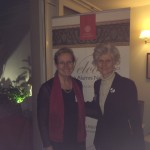 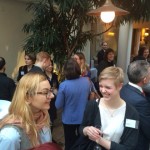 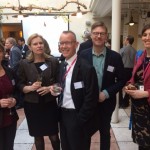 On the way home from Australia I stopped off in Oslo to take part in the Nordic Vice-Chancellors meeting on Monday and Tuesday.

We were welcomed by Ole Petter Ottersen, Vice-Chancellor of Oslo University. He pointed out that the Nordic countries have more top-ranked universities than France or Germany. Asked what universities should stand for his reply was: Autonomy, curiosity and durability. A lot is going on in Norway, a new funding model has been suggested and several universities are currently merging. There is curiosity regarding our experiences from Campus Gotland.

Kristin Ingolfsdottir, Vice-Chancellor of Háskóli Íslands spoke on Nurturing talent and meeting the needs of new generations. Technology-driven development was the theme, but not much has happened in higher education. She also spoke of MOOCs and the development 2012–2015. There are many question marks regarding the extent and effect they will have in the longer term. But one effect of MOOCs and the discussion they have generated is that many universities have implemented e-learning policies, better infrastructure and innovative teaching. MOOCs have become a catalyser for rethinking structures and reforms in courses. Edinburgh University was put forward as a good example.

Lars Haikola, former university chancellor and head of the Swedish Higher Education Authority (UKÄ), was invited to speak about his inquiry “The role and educational task of higher education”. Part of the inquiry is to describe the relationship between free-standing courses and study programmes, magister vs Master’s programmes as well as assessing if there is a balance between student demand, the needs of the labour market, other needs of society and quality.

Different talks were given on societal challenges and how to face them, the challenges faced in Finland where the situation was described as the worse than in all other Nordic countries. The Confederation of Swedish Enterprise’s reports were criticised by Pam Fredman, Vice-Chancellor of the University of Gothenburg, for being substandard. Multidisciplinary and transdisciplinary research was also on the agenda. Finland and Norway will give tuition fees a pass, perhaps from having seen the consequences in Sweden.

All in all it was an interesting day. It was good to get an overview of what is going on in our Nordic neighbours. But now it feels really good to be back home in Uppsala!

The second part of our trip to Australia focused on Sydney. An exciting city with several interesting universities and strong ties to Uppsala. Together with my colleagues Catharina Svensson, Kerstin Rydbeck, Erika Dabhilkar and Kay Svensson I visited the University of Sydney, Macquire University and the University of New South Wales. Our visit coincided with Orientation Week. It felt like in Uppsala in August–September – a great mixture of expectations, ambitions and curiosity. The difference however was in the number of international students. Here more than 25 per cent of the first-year students come from abroad!

On the Thursday evening we invited alumni, friends and exchange students to a reception like the one we had in Melbourne. And just like our first event it was a great success. Here too there was a large group of exchange students who had just arrived in Sydney. They have a whole year ahead of them in this fascinating environment. We wish them all the best of luck and hope they make the most of this opportunity. They seemed to be well on their way. 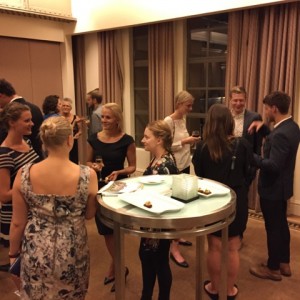 At Macquire we met an old friend from the Matariki Network, Jim Lee. He was recruited as Deputy Vice-Chancellor of international issues from Queens University in Canada, just over a year ago. We also got the chance to meet Folke Tersman from Uppsala. He has a research period at the University of Sydney and gave us an opportunity for deeper reflection on Australian education and research.

In medicine, Catharina Svensson discussed several interesting projects. Among other things we visited the Hearing Hub at Macquire University – a unique collaboration between health care, research, patient organisations and industry that can offer interesting possibilities in several areas. Kerstin Rydbeck (and the whole group) also got to see their newly built library which is fully automated. An interesting future scenario.

We also had time for an inspiring look at an ambitious project called PACE that works with internships, society and field work at Macquire University. It whet our appetite and was interesting input to our own thoughts about internships and volunteer work among our students.

During our visits we received greeting to Fred Nyberg and Peter Wallensteen from colleagues we met. We now head back home to Sweden with both bags and heads full of new impressions. There is much to learn from and be inspired of in Australia. And that feeling is mutual, there is a lot of interest in Uppsala. One result of this is the fact that Macquire University will be visiting Uppsala this month. A big thank you to Erika Dabhilkar who organised nearly all parts of this trip! 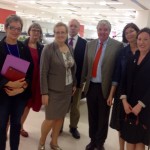 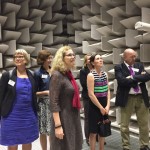 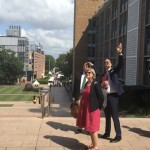