For some time now, Uppsala University has been making increased efforts to promote good practice in research. As part of this drive, Professor John Ioannidis from Stanford University was invited this autumn to give a lecture on the subject Prolific science, prolific authors, prolific data and statistics: How about good research practices? The event attracted a large audience and in the end ran out of seats. We are therefore pleased that all those who were unable to attend now have a chance to watch a recording of the lecture. It contained an overview of the studies Ioannidis and his colleagues have done, which identify various typical practices that risk undermining trust in research and its results. Ioannidis challenged our University to take these issues seriously and asked what incentives we give researchers to engage in high-quality research.

The lecture is open to employees at Uppsala University and is available on the new Medarbetarportalen (intranet) page with information on good research practice and research ethics. Here you will find ways to contact people who can help with questions about research ethics in one way or another. The page also contains information on guidelines and laws for researchers to follow in their research, the permissions they may need and how to apply for them, and an extensive collection of tools to use. For example, you will find online courses, templates, guides, checklists and useful links. At the moment, the page is only available in Swedish but an English version will be published soon. We hope that the page will be a useful resource in enabling us to fulfil the instructions of the Higher Education Act to uphold “academic credibility and good research practice”.

U4 celebrates its 10th anniversary

On Thursday to Friday last week, 22–23 November, the U4 network held its annual rectors’ conference in Göttingen. The network is ten years old this year and has an impressive number of strong, well-functioning cooperation projects under its belt. Joint publications, funding applications, peer review, joint doctoral degrees and Master’s programmes, to name a few.

In 2018, U4 has taken another big step towards the future by preparing an application, together with the University of Tartu, to become a European University. European Universities are expected to work together across national and disciplinary borders to create an education system that offers better opportunities for all, for example by eliminating obstacles to exchanges and making Europe more open. In this way, we will together address skills shortages and societal challenges in Europe. 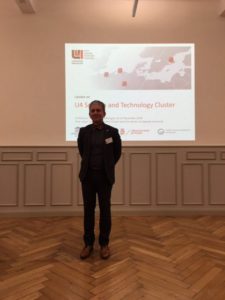 Delegations from the four U4 universities (Uppsala, Gent, Göttingen and Groningen), and from Tartu, participated in this year’s conference. The Uppsala delegation included representatives from the disciplinary domains, the administration and the student body, the University Director and the Vice-Chancellor, as well as other people involved in preparing the application. There were many constructive discussions on how the U4 network can move forward in the coming years. Preparing the application has given U4 renewed energy and vigour. 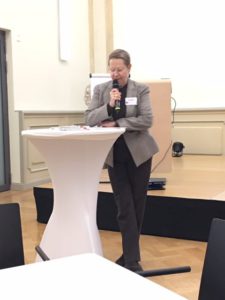 Ulrike Beisigel, President of the University of Göttingen

Every autumn semester, the University Board gathers for an overnight conference. The idea is to give ourselves a chance to discuss some issues in greater depth than we have time for at the ordinary meetings. We kicked off our discussions on Wednesday afternoon with a look at international ranking lists and our thinking about them to date. To begin with, we noted that while many at the University are critical towards the lists, they are relevant. In particular, we see the influence the lists have in the international arena – in recruiting international students, certain grant programmes and their impact when recruiting researchers. We focus on three lists:  Shanghai, the Times Higher Education Supplement and QS. The University Board was unanimous about not letting the lists determine our priorities, but also about the importance of continued systematic reporting of data and analysis. Read more about rankings here.

The next point of discussion was our Mission and Core Values. The University Board has tasked me, as Vice-Chancellor, with revising this document and I have appointed Deputy Vice-Chancellor Anders Malmberg as project manager. He reported on all the meetings he has had with the senior officials in the disciplinary domains, advisory boards and students at the University. The University Board wants the Mission and Core Values to be a more precise, sharper and more dynamic document. The most important message was that it must be usable and applicable at all levels of the University.

On the second day, we had the ordinary meeting. In my report, I told the Board about the Internationalisation Inquiry, which delivered its final report at the end of October. There was great interest and we will return to this topic at a later meeting.

We also had a report from the working group on revision of the rules of procedure. This project is divided into several parts. The first part, which addresses terms of office, the appointment of the vice-chancellor, selection of heads of department, etc., has been referred to various bodies in the University for comments. A decision will be made at either the December or the January meeting. The group is continuing its work and further parts of the project will be circulated for comments during the spring.

Deputy University Director Kay Svensson and Oscar Petersson from the Planning Division then gave the University Board an overview of the international networks in which the University participates and a status report on the European Universities application.

We also chose two Oscar Prize winners and one recipient of the Torgny Segerstedt Medal. You will be able to read more about this on the University’s website.

The new budget bill was presented on Thursday afternoon. In the absence of a new government, much remains unclear. As far as Uppsala University is concerned, one consequence is that we will receive SEK 20 million less for research and SEK 20 million less for education than expected. This is mainly because the resources for the research bill and targeted initiatives in education have not yet been included.

But we are not worried. This will not affect our activities in 2019. We also know that there is broad consensus among the parties on an increase in direct government funding and targeted initiatives in education. We expect the details in these areas to become clear later when a new government is in place.

On Friday morning, we had a visit from Åbo Akademi University. We have a long tradition of cooperation, which we are keen to develop further. Today’s programme included talks with representatives of the teacher education programme, peace and conflict research and the Baltic University Programme. We look forward to continued cooperation.

The party from Åbo Akademi University is here at just the right time for the highlight of the week and perhaps of the semester. This Friday it’s time for our inauguration of professors. In this year’s ceremony, we will inaugurate 45 new professors, as well as presenting the Distinguished Teaching Awards and the Uppsala University Innovation Prize ‘Hjärnäpplet’. 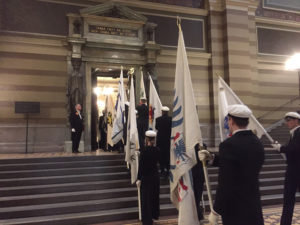 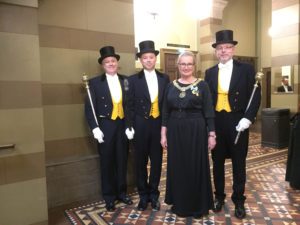 The inauguration of professors is always an enjoyable and impressive occasion. Evening wear, long dresses, the Royal Academic Orchestra, banners and the traditional procession create a special Uppsala atmosphere. For me personally, the ceremony also means a chance to give my traditional speech congratulating the prizewinners, giving the University’s perspective on what the inauguration means and what we expect of our new professors, but above all, welcoming them in their new role at our splendid University.

The local newspaper in Uppsala, UNT, writes today about contact hours for students in light of a new report from the Swedish Higher Education Authority on teacher-directed learning in higher education. The report is welcome and the students’ involvement is pleasing. Having said that, it is important to underline that contact hours are not an adequate measure of quality, it is far more complicated than that. Indeed, the students interviewed in the article distinguish between quality and contact hours and say they think their instruction is of a good standard. At the same time, they point out that contact with teachers is important.

Given the erosion of direct government funding over a period of many years, it can almost be considered a success that contact hours have not declined more. This has not been achieved without effort. On the contrary, the faculties and departments work continuously to develop the instruction they provide, with a focus on quality. It is not the case that more hours with a teacher automatically mean better instruction. Different types of instruction are more or less appropriate for different subjects and course components, and the key is to use the hours in the most beneficial way for the students. Sometimes a large-scale lecture to a hundred or so students is best, sometimes close instruction or lab sessions in small groups, sometimes individual supervision. More advanced courses, moreover, often need more teacher contact than more basic courses, precisely to support students in deepening their knowledge.

Piecing the puzzle together is a complicated matter and, paradoxically, more teacher-directed hours can result in students having less real contact with their teachers. More large-scale lectures, less individual or small-group instruction. We need to analyse the situation more deeply and to conduct a discussion that involves more than counting hours. Uppsala University has started an ambitious process of quality evaluations of our educational programmes, which we have great hopes for. Also, we have just sent out an invitation to participate in this year’s Student Barometer survey, which will shed further light on this issue.