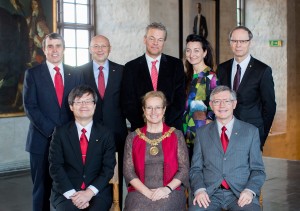 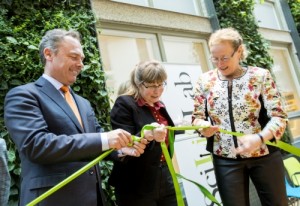 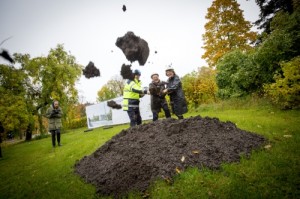 Retreat with the University Board

Once a semester, the whole University Board gets together for 24 hours somewhere in the vicinity of Uppsala. On these occasions, the Vice-Rectors also attend the sessions for part of the time.

The University Board has scope for discussing strategic issues and obtaining in-depth knowledge of our University. The day before yesterday, we had a final discussion ahead of yesterday’s decision on the University’s goals and strategies. Work on this document has engaged large parts of the University over the past year. A working group headed by Coco Norén and Göran Magnusson, with Tom Pettersson’s support, held numerous meetings with both internal and external groups and drew up a proposal. After it was circulated for comment and work had been done at faculties and in disciplinary domains, we continued to work on the proposal during the autumn, both in the Vice-Chancellor’s Management Council and at the Meeting of the Deans. There, we also discussed priorities. The University Board was pleased with the new proposal. They made a few additions and did some language editing. It feels good that the document has already been accepted, thanks to the inclusive process. Soon the new document, ‘Goals and strategies’, will be published on our website. There remains the vital task of translating the visions into concrete education and research activities. This is a task that the University Board will follow very closely.

We also had presentations of this year’s Nobel Prizes and their connections with current research at Uppsala University. This is a much appreciated annual event for our University Board members. This year, the Physics Prize was presented by Olga Bottner, the Chemistry Prize by Jan Davidsson, the Medicine Prize by Klas Kullander, the Economics Prize by Eva Mörk and the Literature Prize by Christina Kullberg. They all did so in an inspired, proficient and engaging way. A thousand thanks for these inspiring and exciting presentations.

During the day’s meeting, the University Board took the decision to appoint Dr Katarina Bjelke as University Director. Katarina’s current job is at the Ministry of Education and Research, where she has been a director and head of research policy. I look forward to rewarding cooperation when she starts in April. We must all help to make her feel welcome with us.

Deputy Vice-Chancellor Anders Malmberg is in South Africa starting our new Erasmus Mundus collaboration. It will be exciting to hear what he has to tell when he returns.

U4 meeting in Göttingen

After listening to reports from all the clusters and from the student representatives, I can state that activities in the network have both expanded and been broadened. There are summer and winter courses, workshops, joint degrees, conferences, leadership programmes, benchmarking and various administrative processes. Uppsala University will host the next joint meeting for the whole network on 15–16 November 2015, but before that several workshops and cluster meetings a be held. There are also options to apply for funding of stays in Göttingen and to start new contacts in the network. If you have any queries or thoughts about how you can use this network, please get in touch with Oskar Pettersson, our contact and coordinator for U4. On the trip, as well as myself and Oskar, were Kay Svensson, Johan Tysk, Caisa Lycken, Lars Magnusson and Mats Larhed. 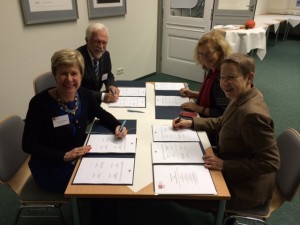 A framework agreement on future cooperation for PhD education is signed. 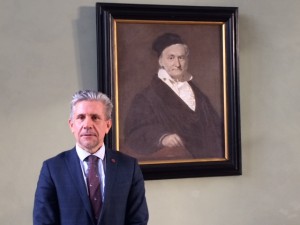