The Brazil-Sweden Excellence Seminar is underway (2)

The well-attended seminar began this Tuesday morning with a good deal of ceremony, including national anthems and introductory addresses. Speakers representing the Swedish side were ambassador Per-Arne Hjelmborn and Helen Dannetun, Vice-Chancellor of Linköping University. The Brazilian side fielded Hernan Chaimovich, chairman of the research council CNPq, Jailson Bittancourt de Andrade, from the Ministry of Science, Technology and Innovation, as well as Carlos Afonso Nobre, chairman of CAPES, a Brazilian government agency in charge of promoting high standards for post-graduate courses in Brazil. 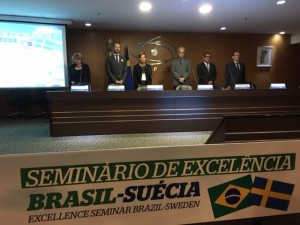 This was followed by a session outlining various research collaborations between Brazil and Sweden, with an introduction by Enrico Deiaco, of the Swedish Ministry of Growth Analysis. Among these is the SEK 40 billion deal between Sweden and Brazil on the acquisition of 36 Gripen aircraft, which will serve to strengthen the ties between the countries over the next 30 years with regards to research and innovation. 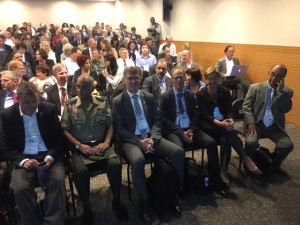 The researchers will now attend two days’ worth of seminars split across five themes:

For the university managements and research financiers, three so-called Top Level University Sessions will be held:

The Swedish Academic Collaboration Forum, SACF, is a joint strategic venture between six Swedish universities (Chalmers, KTK, Linköping, Lund, Stockholm, and Uppsala) with the aim of stimulating international collaborations with a number of countries in Asia and South America. Following meetings in South Korea, China (Shanghai), Singapore, and Indonesia, this week will see a fifth and final Excellence Seminar held in Brazil’s capital city Brasilia. This meeting is jointly hosted by Uppsala and Linköping. Attendance is record-breaking. All in all, more than 100 Swedes have arrived: University researchers, University managers, and research financiers. Monday has been a day of preparation with sightseeing in Brasilia, a unique city planning project from the 1950s. Since 1987, the entire city is included in the UNESCO World Heritage list. 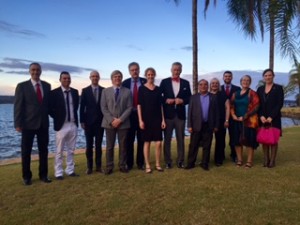 After this, we were treated to an introductory lecture by the Swedish ambassador Per-Arne Hjelmborn who brought us up to speed on the country, the current political situation (an extreme one, as the president is being impeached), and the bilateral relations between Brazil and Sweden. Then we attended a reception in the ambassador’s residence. 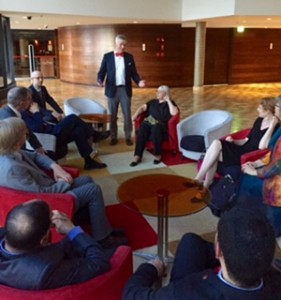 For the evening session, the Uppsala delegation met with the Deputy Vice-Chancellor at the helm. This get-together afforded us a chance to get to know each other in preparation for the meeting itself which was held this Tuesday. An exciting time!

Indeed, spring has well and truly arrived. We could not have hoped for a better Walpurgis Eve. Beautiful weather, record-breaking attendance figures, and few incidents according to the police. Many people have requested making a tradition out of OD’s concert on the steps of Carolina Rediviva following the Donning of the Caps – and I am in favour of this as well. Saturday was a busy day, starting with the Running of the Falls of the Fyris River where I selected one Vice-Chancellor’s favourite, followed by herring lunch, the Donning of the Caps, OD’s concert, the choir Allmänna Sången, and Kuratorskonventet’s delightful speech next to the Gunilla Clock in the evening, as well as a few nation visits. Our recommendation to ‘go one for one’ and having a serving of water for every serving of alcohol was heeded by many celebrators, and the bottles of water we distributed for public consumption ran out. On Sunday, I enjoyed a May dinner at Norrlands Nation.

A great big ‘thank you’ to everyone who helped make the weekend’s festivities a good time for all! 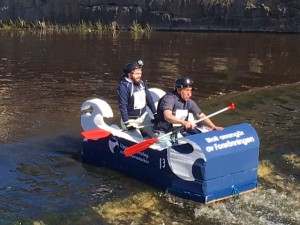 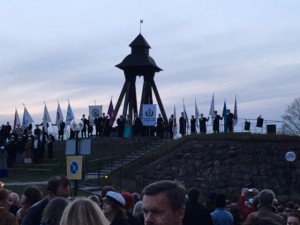 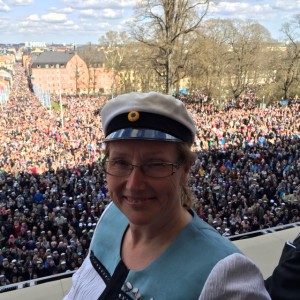