Deputy Vice-Chancellor Anders Malmberg recently visited Brazil as part of the SACF, as I’m sure you have read about on this blog. Now, I thought I would bring you up to speed on what happened that week in Uppsala.

Minister Helene Hellmark Knutsson speaks of the government placing greater demands of gender equality on universities and higher education. The ratio of female professors was particularly emphasized, and she says the improvement has plateaued. Next year will see the gender equality target raised, she also tells the press. It’s worth noting that we haven’t had any specific gender equality targets from the government or the minister for 2016. As for Uppsala University, we reached our goal of 36 percent women among newly recruited professors during the period of 2012-2015. I am fully convinced that we will reach the new goal of half of all new professors being women in 2030, but I naturally hope we can reach the minister’s goal well in advance.

Drivhuset held its annual meeting early in the week. Drivhuset helps students start or run companies or in other ways bring their ideas to life and it is impressive to learn about how many students Drivhuset reaches and how many companies are started by students. To many within the University, it might be important to have a reminder of the importance of including the teaching and students when one considers innovation and entrepreneurship. 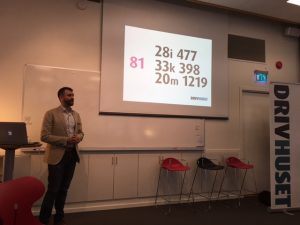 Wednesday was a meeting day in Stockholm. In the morning, the headman board met – the Vice-Chancellors of the 12 major universities. We meet a couple of times per semester, and this time research infrastructure was one of the more important questions. Many people say that research has become more and more a question of funding, and this is true in certain respects. Sweden will see large investments in national research infrastructure made in the days ahead, and important work is being done prioritizing the funding allocated by the Swedish Research Council. The host universities of national facilities are taking on increasingly large responsibilities, and this is one of our arguments for demanding increased basic grants for research.

That afternoon I, University Director Katarina Bjelke, and Deputy University Director Per Abrahamsson participated in a hearing regarding misconduct. Professor Margaretha Fahlgren is tasked with analysing the need for a new procedure for handling matters of research misconduct. She is also to draft proposals for ensuring a clear and orderly handling of suspected misconduct. The investigation is due to be finished on 25 November. But here in Uppsala, we cannot wait for it to be completed, and to that end, we have already reviewed our guidelines to ensure better handling. The decision on these will be unveiled soon as part of an upcoming Vice-Chancellor conference. 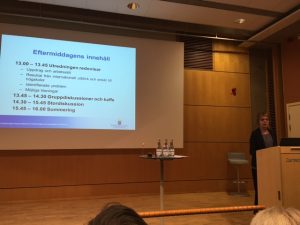 Thank you’s and other events

It seemed to be the season of thank you’s and celebrations. Eva Ställdal, director-general of Formas, had her farewell ceremony on the Wednesday, and on Monday evening, many people including myself gathered to thank Linus Tunström for his years spent as the head of the City Theatre here in Uppsala. On Friday, we congratulated the Deputy Governor of the Swedish National Bank, Henry Ohlsson. I was fortunate enough to be able to listen to Henry earlier this week as I welcomed the participants of the Residence Meeting 2016. The following week, Chancellor Harriet Wallberg was also congratulated. 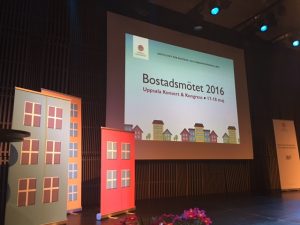 I also discussed leadership both on #Addher and within the Help programme. I try to be generous with my time for this type of requests. It is good to have the opportunity every now and then to reflect on one’s motivation and driving forces, and it is fun to share experiences from successes and stumbles. The next lecture was held on Rotary the following Monday, and I made sure to share current events within Uppsala University – of which there are always quite a lot! 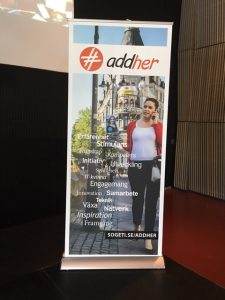 The week came to an end in Stockholm, as I together with others from the SUHF expert panel on internationalisation met with Minister Helene Hellmark Knutsson to discuss study fees. The media had discussed the fees previously, as had I on this blog. It was good to meet in person, as gave us a chance to straighten out a few misunderstandings.