This is the third and last report from the SACF event in Brazil.

After the programme in the capital Brasilia, the participants went on to other activities in other Brazilian cities. A large part of Uppsala University’s delegation travelled to Belo Horizonte, where an AIMday was arranged. 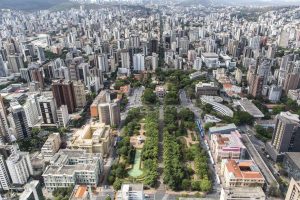 The AIMday concept, which was developed at Uppsala University and first tried in 2008, has attracted widespread attention, first in Sweden, but in later years also from universities all over the world. Around 45 AIMdays have been arranged in total, almost 30 of which have been located in Uppsala, some ten at other Swedish seats of learning, and another ten in other countries. The goal of AIMday is to expose researchers to questions formulated by (in this case) companies within a specific technological field in order to stimulate both new research and new industrial collaborations. 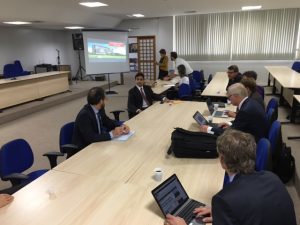 The meeting in Belo Horizonte on that Thursday was the first time that Swedish researchers had attended an AIMday arranged outside of Sweden. Under the thematic heading of Smart Industries, the discussion revolved around aspects of automation, such as intelligent machines, self-regulating systems, self-driven cars, etc. Among the companies in attendance were Akaer, Atlas Copco, Ericsson, SAAB, Valourec, and Volvo. In order to further promote the initiation of new partnerships after the meeting, SSF contributed advance study means and Vinnova and FAPEMIG provided project funds and travel grants for researchers.

In tandem with the AIMday-sessions, the managements of KTK, Linköping University and Uppsala University met with the Vice-Chancellors and Heads of Departments at the Universidade Federal de Minas Gerais (UFMG).