This week I am travelling to Stellenbosch in South Africa, together with project managers and researchers. We will be among the 500 participants from Sweden and South Africa in SASUF’s Research and Innovation Week on the challenges of the 2030 Agenda. Last year’s meeting, which was the first (of three), was a success, with many stimulating meetings for researchers, and interest has grown quite spectacularly since then. There is obviously a strong mutual desire among researchers and universities in both our countries to cooperate across disciplinary and national boundaries on the sustainability goals.

Throughout the week, there will be workshops and meetings all over South Africa in connection with SASUF. Erika Dabhilkar and I are visiting Central University of Technology in Bloemfontein and yesterday we got to meet the next generation of leaders in a newly started programme for young women. I was able to share what I have been through over the years, both the successes and the setbacks I have experienced. There were many questions and lively discussion in the group and it was very rewarding to take part. 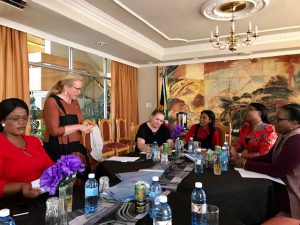 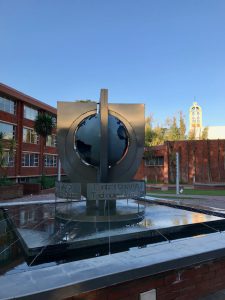 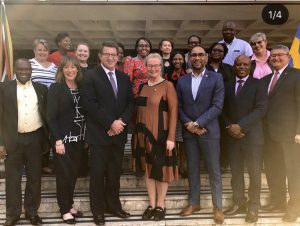 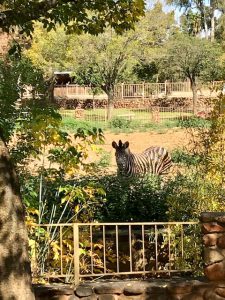 The seeds for this partnership between 36 Swedish and South African universities that is SASUF were sown by a university leaders’ visit several years ago. We saw there was a desire and great potential to strengthen the cooperation between our countries in both research and education, and having returned to Sweden we set out to launch a project that became the South Africa–Sweden University Forum (SASUF), focusing on the UN Sustainability Goals and coordinated from Uppsala. Our involvement in SANORD and participation in several different Erasmus programmes have given rise to networks and experience that could make a cooperation project on the scale of SASUF possible.

Several of the researchers who came along last year have joint research projects in progress and when we organise the third and final meeting in Uppsala next year, we will be able to hear about early results from some projects. Plans for the meeting in Uppsala in May 2020 are already well under way and we hope to be able to offer as exciting a programme as we have had in South Africa. It will be important to arrange satellite events at various participating higher education institutions during the week in Sweden as well, so that everyone can get the most out of their long journey.

Today we are travelling on to Stellenbosch, and it also happens to be election day here in South Africa. I will write again at the end of the week to sum up SASUF’s second Research and Innovation Week on the challenges of the 2030 Agenda.