An eventful 2018 is coming to an end. Fires, climate crisis, Brexit and elections to the Riksdag have dominated the news. Uppsala University has engaged in discussions in various ways and has contributed perspectives and facts.

In a Swedish context, we are proud that our University was the most successful in this year’s Swedish Research Council calls. We have done particularly well in natural sciences, engineering and technology, and in the humanities and social sciences. We are also competing well in the international arena. In medicine and pharmacy, for example, we can take particular pleasure in our successes in ENABLE – a European project coordinated from Uppsala that focuses on developing future antibiotics. We have also received several new grants from the European Research Council (ERC).

The internationalisation of our educational programmes continues apace, and our international Master’s programmes attract steadily increasing numbers of students. The number of students admitted for the 2018 autumn semester was nearly 20 per cent up on the previous year, and the number of paying non-European students is increasing at a similar rate. 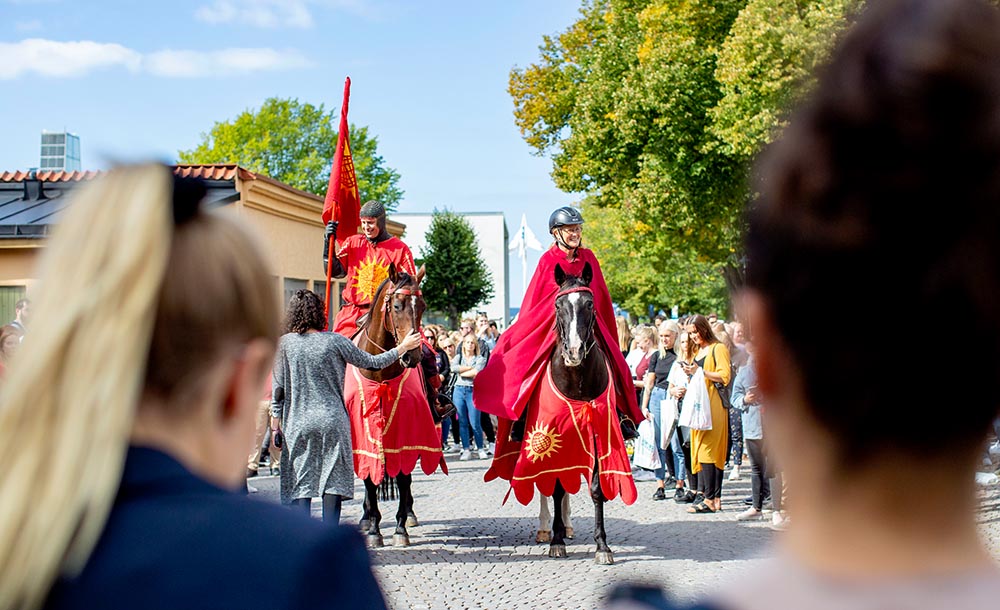 At Campus Gotland your duties may include riding – if you’re the Vice-Chancellor. The picture is from this year’s welcoming event for new students. Photo: Mikael Wallerstedt

Campus Gotland continues to develop. This year we celebrated the fifth anniversary of our merger and we have more students than ever. We are particularly pleased that so many international students have found their way to the island. Research activities are increasing and many actors in the region are keen to work with us.

We have conferred new doctor’s degrees, 105 in January and 166 in June. During Inauguration Week in November, the 45 new professors gave well-attended lectures and the week concluded in the traditional way with the inauguration ceremony in the Grand Auditorium and dinner at Uppsala Castle.

Our various networks underline the role of the University in the world. In 2018, as part of the U4 network enlarged by the University of Tartu, we prepared an application for the pilot round of the European Universities Initiative. We see this as an important strategic venture to establish our position in Europe. The year has also featured constructive meetings in the SASUF and MIRAI networks. We have been represented at conferences, meetings and fairs in every corner of the world, and the world has come to us as well. One notable visitor was UN Secretary-General António Guterres, who gave a well-attended Dag Hammarskjöld Lecture in April. 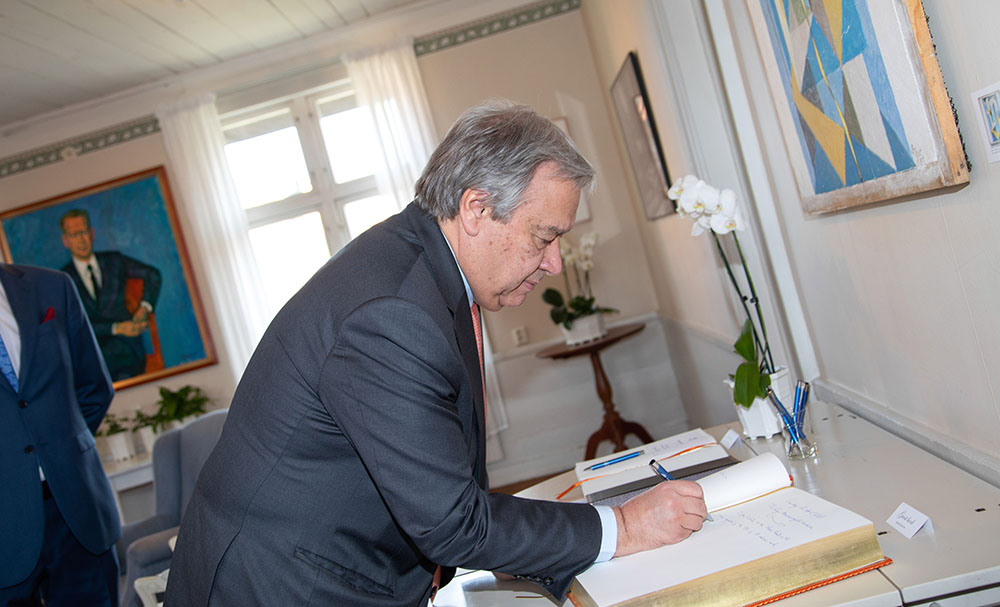 In connection with the celebration of 150 years of diplomatic relations between Sweden and Japan, the Uppsala exhibition “The Art of Natural Science” was shown at Tokyo University Museum. It was opened in the presence of the King and Queen of Sweden and the Emperor and Empress of Japan. The focus was on three well-known Uppsala figures – Olof Rudbeck, Carl Linnaeus and Carl Peter Thunberg.

At the end of April, a ship reached New York bearing the exhibition “The Vikings Begin”. This was the start of an exhibition tour in the United States presenting a selection of pre-Viking Age artefacts. These objects are usually kept at Gustavianum (Uppsala University Museum) but now the world of the early Vikings will be revealed to a wider audience in the United States.

During the year a series of critical dialogues on topical issues was launched at the Humanities Theatre. Here, researchers in the humanities and social sciences have treated a keen audience to many important insights into matters of public debate. 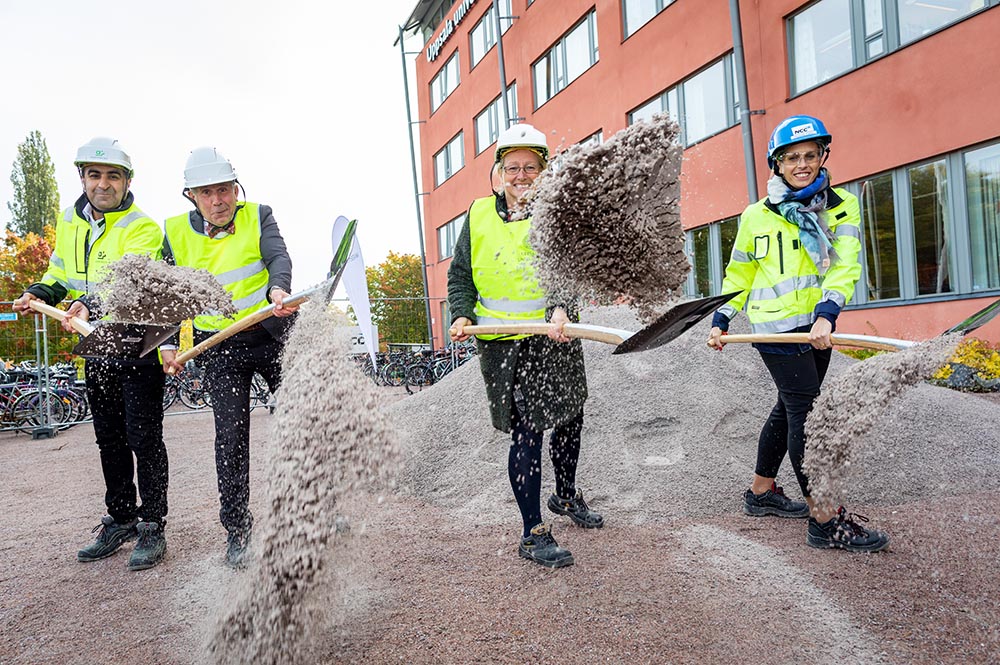 In October, the ground was broken for the extension of the Ångström Laboratory. This building project covers 30,000 square metres and aims to enhance the creative interdisciplinary environment for research and education in natural sciences, engineering and information technology. This is the biggest project that Uppsala University and Akademiska Hus have ever undertaken together. The new wing of Ångström will be opened in 2020 and the new main building in 2022.

During the year, we have worked systematically to boost the support we provide to education and research. We have developed our support to research issues at University-wide level and raised the level of ambition in our fundraising activities. IT coordination is another prioritised project that has taken great strides forward in 2018.

At the time of writing, the climate meeting in Katowice has just ended. The University’s primary contribution to sustainable development lies in our education and research. Looking ahead, we see a need to further increase our focus on sustainability issues – we will all have to make this our New Year’s resolution.

Many thanks to all of you – staff, students, friends and partners – who together make Uppsala University so successful. Well done! We wish you all an enjoyable break over the holidays.