This week we have celebrated science. During Nobel Week, the eyes of the world are on Sweden. And of course, the prize ceremony and banquet are fantastic. But above all, it gives us a chance to focus on the contributions of science and research to our world.

In general, universities aim to make the world a better place through education, research and new knowledge. At Uppsala University, we express this ambition explicitly in our vision statement: “for the benefit of humankind and for a better world”. Through their discoveries, this year’s Nobel Laureates have made substantial contributions to a better world – new treatments for cancer and other sicknesses, new medicines, new ways of calculating the consequences of climate change. But their discoveries also lay a foundation for new research around the world and future discoveries. Perhaps even new Nobel Prizes. I also hope that all the attention and visibility for research inspires our young people and students to go into research. 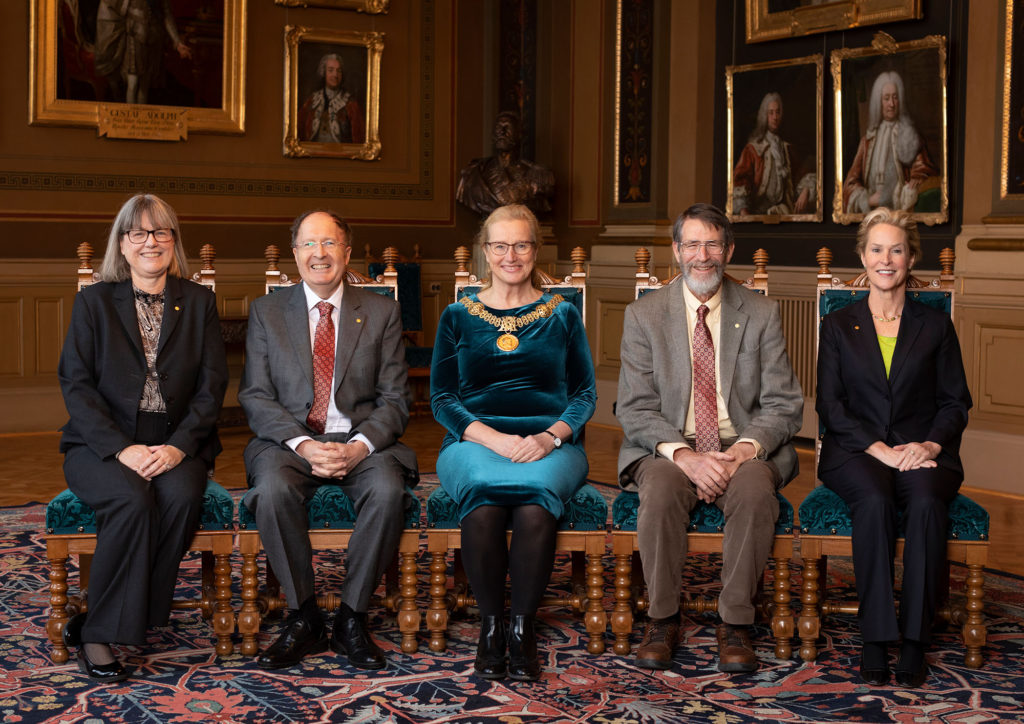 One of the highlights of Nobel Week is the Laureates’ visit to Uppsala to lecture to our students, researchers and others who are interested. They have done this, with almost no exceptions, as long as the Nobel Prizes have been awarded. This year, four of the Laureates drew a full house in the Grand Auditorium: the three Chemistry Prize winners George P. Smith, Sir Gregory P. Winter and Frances H. Arnold, and Physics Prize winner Donna Strickland. I was particularly pleased that the two women Nobel Prize winners this year were here. Before the lectures began, one of our students, Sofia Lindblad, received Uppsala Chemistry Society’s prize to an outstanding student. She received the diploma from the hands of the Nobel Prize winners. It warmed my chemist’s heart to see it.

After the lectures, the programme continued with the traditional Nobel Lunch at Uppsala Castle, for the Laureates, researchers, students, and partners and friends of the University. Deputy Vice-Chancellor Anders Malmgren hosted the lunch, while I carried on to Gotland for Campus Gotland’s glistening Christmas party.

On Friday afternoon, the University Board held its last meeting of the semester. The meeting discussed internal governance and control. Internal Audit is entrusted by the University Board with auditing the University and reports directly to the Board. This time, one of the topics was registration. The audits performed help us to clarify and improve our routines and information.

At its December meeting, the University Board usually always decides on adjustments to the budget after the Budget Bill. But not this time. We want our departments and faculties to have long-term and robust conditions for planning. Consequently, no changes are being made ahead of 2019. The budget decided on in June applies. Any adjustments that are needed will be made ahead of our work on the budget for 2020. We also had a preliminary discussion on the budget documentation to be submitted to the government (however that turns out) at the end of February.

The University Board has expressed a desire for presentations on research at the University. The day’s meeting therefore concluded with a mini-lecture on sleep by Professor Christian Benedict from the Department of Neuroscience. He lectured on “Why we sleep”, from the perspective of the brain. Sleep is good for our memory and our creativity, and helps us manage our emotions. Sleep is good for our overall health and wellbeing. The lecture was very much appreciated and I think we all learned something.

Outside the University Main Building, a thin layer of powdery snow covers the ground. It’s beginning to feel like Christmas.