The Deputy Vice-Chancellor (writing) is on a flying visit to Japan to attend the opening of the exhibition “The Art of Natural Science in Sweden: Treasures from Uppsala University”. The official opening took place on Monday evening (Japanese time), in the presence of a hundred or so invited guests, but plenty of people were already there in the morning. The King and Queen of Sweden and the Emperor and Empress of Japan were given an advance showing, watched by a huge number of media representatives. This was a special occasion for Uppsala University, as both King Carl Gustaf and Emperor Akihito are honorary fellows of our University.

Uppsala was represented by the Deputy Vice-Chancellor and by Gustavianum: Deputy Director Mikael Ahlund, who has curated the exhibition; Senior Adviser Catharina Lindqvist, the driving force behind the event; and Museum Director Marika Hedin. 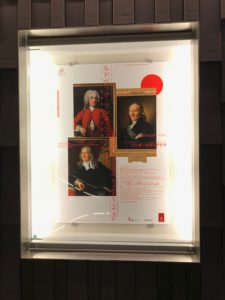 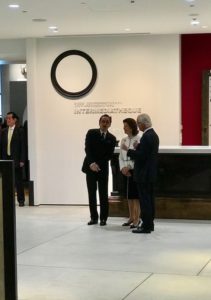 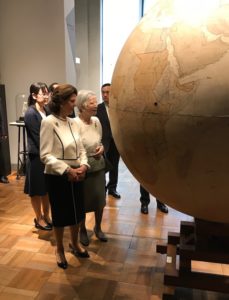 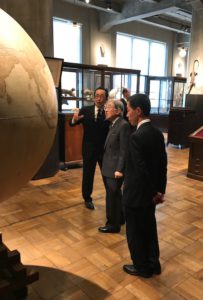 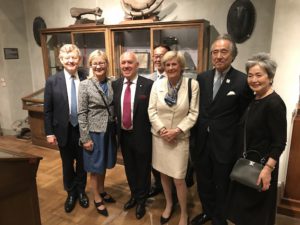 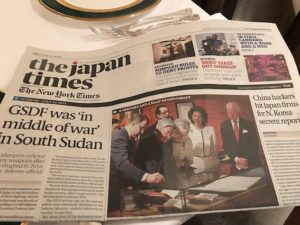 The exhibition is about the interplay between art and science in the 17th and 18th centuries. The focus is on four well-known Uppsala figures – Olof Rudbeck the Elder, Olof Rudbeck the Younger, Carl Linnaeus and Carl Peter Thunberg. It has been put together in cooperation between the university museums in Uppsala and Tokyo and is on display at the Intermediatheque museum facility, located in the former Tokyo Central Post Office, until 26 August 2018. Anyone heading that way is warmly recommended to visit it.

The exhibition is part of the celebration this year of 150 years of diplomatic relations between Sweden and Japan, which were established in 1868. The exhibition itself is also a reminder that scientific contacts between Japan and Sweden go almost a century further back than that. Linnaeus disciple Carl Peter Thunberg made his famous and important research visit to Japan as early as the mid-1770s.

The opening of the exhibition also provided an opportunity to draw attention to current efforts to strengthen research contacts between Japan and Sweden. The MIRAI project involves seven Swedish and eight Japanese universities – including Uppsala and Tokyo – that are seeking to develop cooperation in fields such as ageing, materials science and sustainability.

Many thanks to the sponsors and to those at Gustavianum and the University Library whose hard work and professionalism have made this event possible!