There are a lot of celebrations just now. The University’s 540th birthday is being celebrated with a two-day party, which also marks the re-opening of the University Main Building after extensive renovation. At the festivities on Friday afternoon, Vice-Chancellor Eva Åkesson symbolically received the keys to the building from Birgitta Böhlin of the National Property Board. The Royal Academic Orchestra played, the choir Allmänna Sången sang, and so did soloists Alexandra Büchel, soprano, and Fredrik Zetterström, baritone. Carl Frängsmyr gave a splendid lecture on the role played by the University Main Building, and in particular the Grand Auditorium, in the course of its 130-year history, as a meeting place for knowledge, culture and critical dialogue, both within the University and in society at large.

In addition, the Alumnus of the Year Award was presented to Anita Falkenek. She is CEO of KRAV and has long worked with environment and sustainability issues, after studying ecotoxicology and biology at Uppsala University. 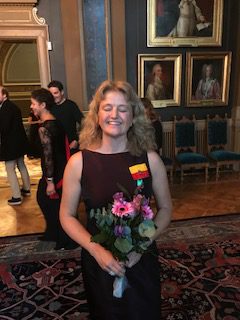 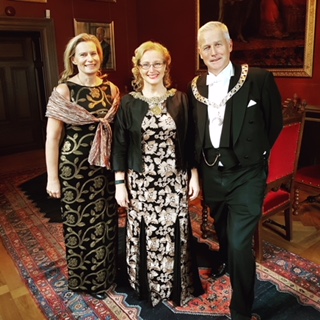 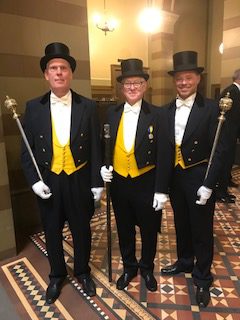 On Saturday, the celebrations continued in the University Main Building, with an open house, lectures and concerts. And as if this weren’t enough, on Saturday evening Eva Åkesson is taking part in the doctoral degree conferment ceremony at the Swedish University of Agricultural Sciences, which coincides with our dear neighbour’s 40th anniversary. Many congratulations! Meanwhile, Deputy Vice-Chancellor Anders Malmberg is off to Västgöta nation student association, where the week’s celebration of Gunnar Wennerberg’s bicentenary will culminate with a seminar and a Wennerberg gasque.*

* Gunnar Wennerberg (1817–1901) was a Swedish composer, poet and politician who wrote many songs about student life in Uppsala, some of which are still traditionally sung at student dinners (gasques).