On Tuesday and Wednesday, Eva and Anders were in Brussels, along with vice-chancellors, deputy vice-chancellors and/or research secretaries (or equivalents) from Sweden’s twelve research universities. The visit gave us a chance to listen to Swedish officials in Brussels (from the Permanent Representation of Sweden, the joint office of the Swedish Agency for Innovation Systems and the Swedish Research Council, MEPs) as well as representatives of the European Commission and the League of European Research Universities (LERU). 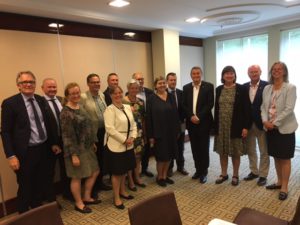 One of the key topics was the Commission’s recent mid-term review of the eighth framework programme, Horizon 2020. The picture that emerges is mainly positive. The programme is simpler and more efficient than previous framework programmes. Its starting points are still relevant, though more can be done to improve both relevance and impact. The European Research Council is a success. However, funding is still concentrated to a limited number of countries/universities/companies and the process of widening participation (i.e. the share of funding that is channelled to new member countries) is making slow progress, while internationalisation (in the sense of third country participation) has decreased. 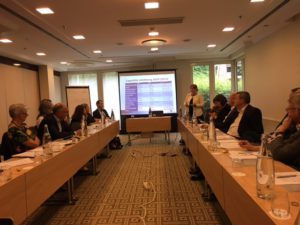 Another major topic concerned prospects for the ninth framework programme (FP9), which is now being prepared and will be implemented in 2021–2027. From a university perspective, the road to a successful programme is encumbered by a number of challenges, problems and obstacles. First, of course, there is the question of the future situation in Europe (the outcome of Brexit, various national elections, the migration crisis, the situation for democracy in Turkey and Central Europe, etc.). Secondly, there is the uncertain budget situation. Thirdly, there is the relationship between innovation and research, where the desire for innovation interferes with the prioritisation of excellent research in various ways. Fourthly, there is uncertainty about whether defence research should be included in FP9. LERU, for one, has said “no” in its advice paper. 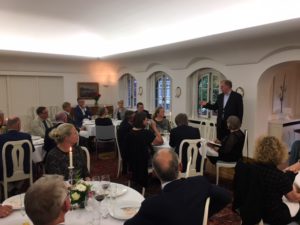 On Tuesday evening we were generously invited to dinner at the Swedish Residence in Brussels, spiced up with a good dose of analysis of the general political situation in the EU, delivered by Sweden’s Permanent Representative to the European Union, Lars Danielsson. Much appreciated.

An EU crash course now and then is very useful – repetition is the mother of learning – and it is important that Swedish university managements are well oriented with regard to developments in European research and education policy.

Many thanks to Astrid Söderbergh Widding, Maryam Edalat Hansson and Elisabet Idermark at Stockholm University for a very well-organised and enjoyable journey!

Before returning home, we also had time for a visit to the Guild’s office and a separate meeting with Cecilia Wikström, MEP and former member of the Board of Uppsala University.