Today’s Anders Wall Lectures attracted a full house at Uppsala Konsert & Kongress. This was the thirteenth annual event and this year too we had the pleasure of hearing inspiring speakers talking about their entrepreneurship. Their stories varied widely, even if they had certain things in common. What strikes me is the enthusiasm, the energy and the courage of these people who have all, in different ways, dared to do or stand up for something they believe in. Thank you for sharing your experience with us all so generously! And many thanks to everyone who helped to make this afternoon a success! 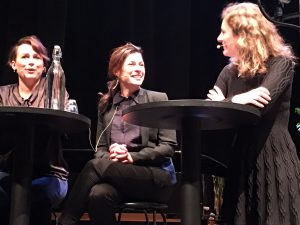 This year’s Anders Wall lecturers were: 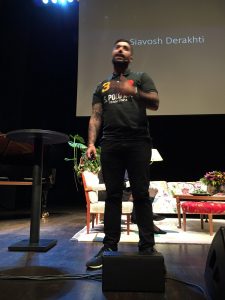 The annual Uppsala Student of the Year award has been awarded for the seventeenth time. It is awarded to a student who has distinguished themselves through their good, creative efforts at Uppsala University, actively participated in student union and/or student nation activities, made special efforts in support of other students, or engaged in entrepreneurship in connection with their studies.  This year’s Uppsala Student of the Year is Allen Ali Mohammadi. 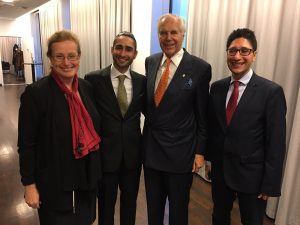 The prize citation is as follows:

Allen Ali Mohammadi is taking the Master Programme in Energy Technology. Allen is a visionary, an entrepreneur and an inventor who inspires other students. He started his first company when he was just 12 years old. Alongside good grades at Uppsala University, he has developed a prize-winning tool for early diagnosis of heart diseases, called ‘Heartstrings’. The tool integrates data from blood tests, electrocardiograms and demographic information and matches them against statistical comparisons of characteristic symptoms of the illness. The tool, which has been tested and validated on 500 patients, can save time and resources for doctors, hospitals, care providers, insurance companies and other similar actors in society. Allen is a good ambassador for Uppsala University and Sweden, and has won several national and international awards. He is a true enthusiast, changing society with his ambition and capacity for innovation.