Vice-Chancellors from 13 Swedish seats of learning and 4 research funders have visited 7 universities in 2 countries over the course of 5 days. There is a lot to process from this intense Vice-Chancellor visit to South Africa and Botswana arranged by STINT and UKÄ. University Chancellor Harriet Wallberg, who headed our delegation, pointed out on several occasions that this was among the largest delegations of Vice-Chancellors travelling together in this manner to her knowledge. State Secretary Karin Röding also participated in the first leg of the trip. Aside from visits to the universities, a workshop was also held with invited Vice-Chancellors to discuss various forms of partnerships and cooperation within the context of STIAS. 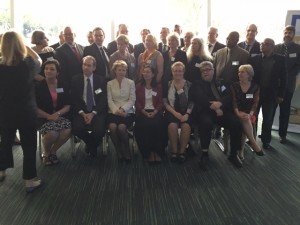 Uppsala University is involved with all the universities we visited, and we have MoUs and exchange agreements with the majority. Although I had some prior knowledge, several of the visits gave me a chance to learn of collaborations that were unfamiliar to me. It is quite inspiring to see how much activity there is going on, and how extensive the international engagement is at our University. 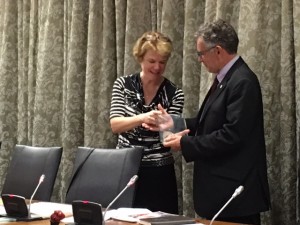 There are many joint Swedish-South African research ventures, significantly more than I expected. Yet the student mobility is less than I would have thought. Of all the African students that come to Sweden, only a few are South-African, both in regard to exchanges and those who arrive as free movers. Likewise, few Swedish students go on exchange to South Africa. There is room from improvement here. One of the obstacles for mobility raised during the trip was the lack of scholarships, both for study fees and accommodation. The South African rand has dropped quite a large amount in the last few years, which makes Sweden an expensive destination. Furthermore, differing semester divisions is also a frequently cited issue. It was clear that exchanges and collaboration are most requested at the Master and PhD studies level, as well as courses in the summer and winter. Several people also called for various forms of joint/double degrees. 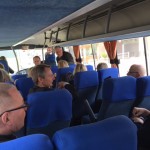 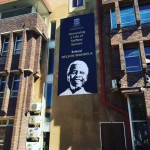 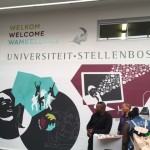 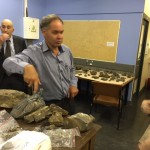 Naturally, the student protests in South Africa and #feesmustfall were discussed. There was no sign of unrest during our visits, yet it was clear that these have affected the universities deeply. There was a widespread understanding of the students’ reaction to raised fees, but less of their methods and tactics. Several seats of learning are reconsidering their approaches to strategy and will opt to involve students in the process to a greater degree in the future as a result of what has transpired. 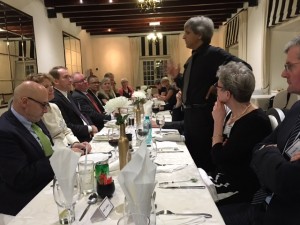 We are one of the founders of SANORD, and I now had the chance to visit several of our partners in that network as part of this trip. The next SANORD meeting and conference will be held in Uppsala on 7-9 September this year. 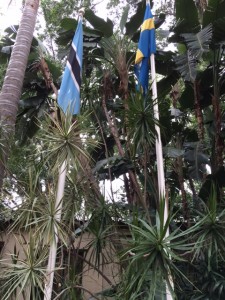 I found the visit instructive, not only for the chance to experience South Africa and Botswana, but also for the process of internationalisation at the other Swedish seats of learning. I am convinced that Swedish universities could stand to collaborate more internationally than they currently are. And above all, Sweden must have more scholarships to offer international students. I should like to remind you of our words in the input on the research bill:

Uppsala University proposes that the government initiate a dynamic and long-term scholarship programme – perhaps one related to Raoul Wallenberg or Dag Hammarskjöld – in order to provide students from currently tuition fee-paying parts of the world with the opportunity to educate themselves in Sweden. Such a programme would benefit Sweden and the world in several ways. Not the least, it would enable Sweden to create an important network of global leaders in the long term.