Yesterday I (Eva) met the winner and finalists of the international competition Science & SciLifeLab Prize for Young Scientists. They visited Uppsala and the Rudbeck Laboratory during the day and took part in a scientific programme of lectures before they went on to the awards ceremony at the Grand Hotel in Stockholm. 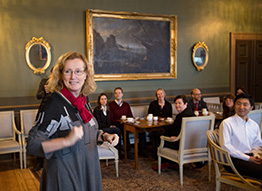 It is SciLifeLab which together with the scientific journal Science for the first time is organizing the competition, which aims to reach young researchers worldwide who are at the beginning of their career. The winner receives 25,000 USD and a publication in Science.

This year’s winner, Daniel G. Streicker from the U.S., receives the award for his research on viral infections in bats that show how infectious diseases can jump between different species. 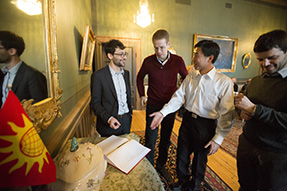 It is important that we highlight young successful scientists and their work in order to inspire and encourage researchers worldwide to further results.