The trees are slowly beginning to turn from green to yellow and red and now the autumn semester is properly under way.

In the last few weeks, Anders and I have had the privilege of meeting and welcoming our new students. Last week Anders had two receptions for new students in Uppsala and on Monday, as tradition dictates, I followed our own knight to the ruins of the church of St Eskil to welcome our freshers to Campus Gotland in Visby.

During Almedalen Week this summer, we celebrated Campus Gotland’s fifth anniversary and on Monday I had the opportunity to celebrate and mingle with staff at Campus Gotland. It’s fantastic how Gotland has developed. More students want to study there, the number of applicants is high. This year I welcomed more than 1,300 to a new semester – that’s a new record, and over 200 more than last year. The University’s only international Bachelor’s programmes are offered in Visby, and it is pleasing that the number of international students is increasing. 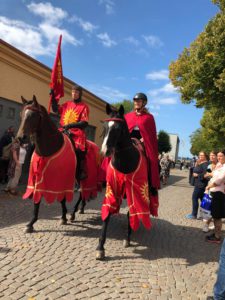 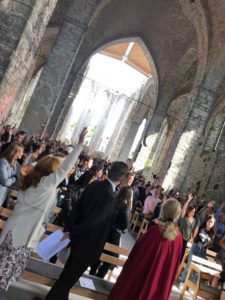 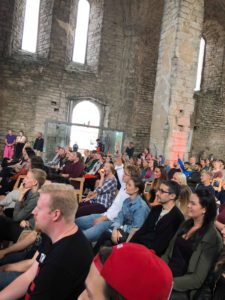 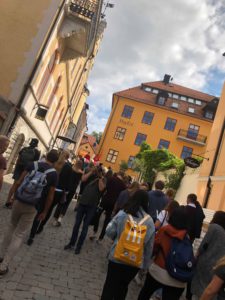 The return of the students makes its mark on Uppsala and Visby and the start of a new semester is obvious in town. It’s great to see all the welcoming events, they spread warmth, happiness and optimism. The University gives the towns more of an international flavour, but it also increases the demand for student housing and more services in English.

This week it was really noticeable that the semester was properly under way. The Management Council, meetings with the Internationalisation Inquiry and a visit from the University of Turku. On Thursday we had the kick-off in a broader circle for a project that has been getting going this summer, the European University Network (EUN) or U4+. This is an initiative that comes from the President of France, Macron, aimed at strengthening European cooperation in research and education. We can draw on our experience in the U4 network and develop this concept for even closer cooperation.

On Saturday it is Culture Night in Uppsala and the University will be opening its doors for many events, some of which we are arranging ourselves and others with other organisations – see “49 reasons to visit Culture Night” (programme in Swedish). You can get a sneak preview of Carolina Rediviva, you can have your say about the University in the City in the Segerstedt Building, or experience the beauty of the Baroque Garden in the Botanical Garden and listen to the Royal Academic Orchestra, just to give a few examples. You can also visit some of the student nations. Inevitably, the programme for Culture Night this year is influenced by the elections on Sunday. At the Museum of Evolution you can take part in an election night with a difference (elect your favourite whale!) and at Fyriskällan political scientist Sten Widmalm will be commenting on campaign films and posters.

As for me, I have the honour of presenting the Disa Prize during Culture Night. This is a prize that was established jointly by the University and Studentbokhandeln in 2001 to recognise researchers at Uppsala University who have published popular scientific or literary works. It is a prestigious award, with previous prize winners including Sara Danius, Ulf Danielsson, Peter Englund, Maja Hagerman and Johan Svedjedal.

Do you want to know who this year’s prize winner is? Come to Studentbokandeln at 19:30.

Hope to see you there!