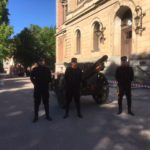 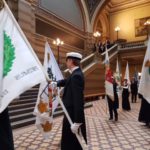 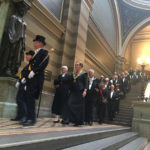 The doctoral degree conferment ceremony is celebrated at Uppsala as nowhere else. This fine summer’s day, the city of Uppsala awoke to the sound of cannon salutes announcing the University’s celebrations. As tradition dictates, we then filled the Grand Auditorium in the University Main Building to celebrate the Spring Conferment Ceremony, at which no less than 166 new doctors and 36 jubilee doctors were the focus of attention. The programme was both solemn and interesting. The degree conferrer of the Faculty of Arts, Professor Birgitta Meurling, gave a lecture on “Crinoline, corset, caftan – on clothes, gender and cultural analysis”. The President of Uppsala Student Union, law student Max Stenberg, paid tribute to this year’s jubilee doctors. Our own magnificent orchestra, the Royal Academic Orchestra, played under the baton of conductor Stefan Karpe.

It was just the way it should be – a real Uppsala conferment ceremony! Many thanks to everyone involved and sincere congratulations to our new doctors and jubilee doctors. 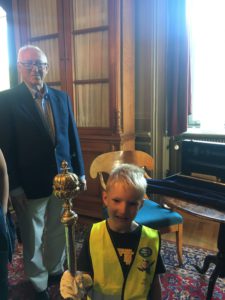 Study visit ahead of the Spring Conferment Ceremony