Right now, I (Eva) am on my way home from the very successful SANORD conference in Zimbabwe. SANORD (Southern African–Nordic Centre) is a network consisting of 46 partner universities in the Nordic region and southern Africa, which I am chairing in 2017–2018. SANORD was founded in 2007 so the organisation celebrated its 10th anniversary during this year’s conference. Ten years together – from 7 members to nearly 50, with annual conferences, joint research projects, student mobility and an increasing number of joint publications. There are many reasons to feel proud about what we have achieved together during these ten years. Our next meeting will be in Jyväskylä, Finland, in August 2018. 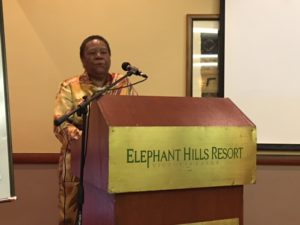 In the weeks leading up to the conference in Zimbabwe, many of us were nervously following political developments and wondering whether we would dare to make the trip or not. Following Mugabe’s resignation and the peaceful transition of power, most participants decided to travel to Zimbabwe anyway, as planned. We were given a warm welcome and our Zimbabwean colleagues very much appreciated our coming to the conference. 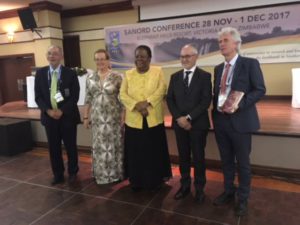 Professor Brian O’Connell (former Vice-Chancellor of the University of the Western Cape) and Professor Sigmund Grönmo (former Vice-Chancellor of the University of Bergen), who took the initiative for SANORD and were its first two chairs, participated and reflected on the way SANORD has developed over the year and the future outlook. A total of 150 participants from the member universities were present, as well as South Africa’s Minister of Science and Technology, Mrs Naledi Pandor, and the Permanent Secretary of the Zimbabwean Ministry of Higher and Tertiary Education, Science and Technology Development, Professor Francis Gudyanga. Zimbabwean media (TV and newspapers) reported from the conference. During the conference, which was on the theme “The role of universities in research & knowledge transfer to improve the livelihoods in Southern Africa”, the South Africa–Sweden University Forum (the Swedish Foundation for International Cooperation in Research and Higher Education project that I have written about before in this blog) met to plan its major seminar in Pretoria in May 2018. 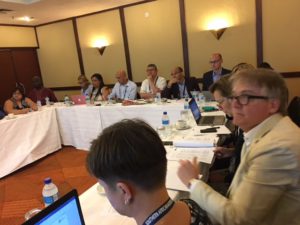