Together with Professor Maria Strömme of Uppsala University, I (Eva) spent much of last week on a RTM (Royal Technology Mission) to Japan. The RTM involved a delegation of 30 people headed by His Majesty Carl XVI Gustaf of Sweden and the praeses of IVA, Leif Johansson. The delegation consisted of representatives of the private sector, the public sector, and the University. The group was a diverse mix of people, and interesting conversations abounded. Every year, the Royal Swedish Academy of Engineering Sciences (IVA) organises a trip abroad, but over the last few years, there have also been RTM trips within Sweden. The next domestic RTM is set to visit Gotland in autumn 2016.

The trip included a visit to the university, that is, Tokyo University and Tokyo Women’s Medical University. Furthermore, several renowned Japanese companies like Hitachi, Mitsubishi, Toyota, Canon, Fuji were gracious enough to receive our RTM delegation. We also toured the future museum Miraikan, Buddhist temples, and the 600 meter tall TV tower Sky Tree. In all, we had a rewarding few days, made particularly informative by lectures held by delegates during the bus rides leading up to every visit, and corresponding summaries afterwards. As you might have gleaned, they were also quite intense days, with a busy but well-planned schedule that was carried out with impressive precision down to the minute, almost to the second. 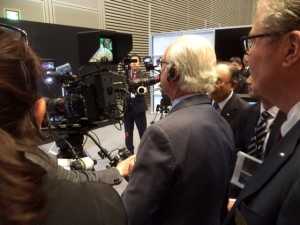 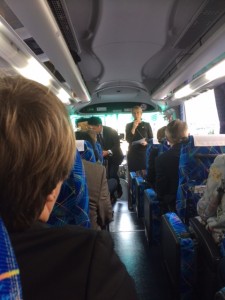 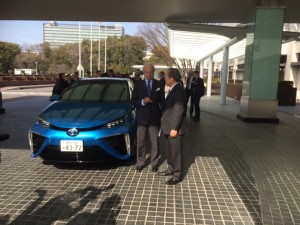