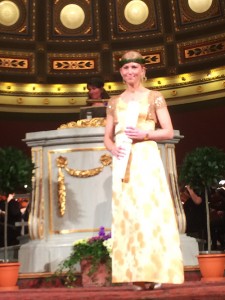 The Vice-Chancellor, Eva Åkesson, held a speech in the Grand Auditorium in front of an audience that among others included Helene Hellmark Knutsson, the Swedish Minister for Research and Higher Education. Eva Åkesson took the opportunity to announce Uppsala University’s expectations and demands for the upcoming research bill. Read the Vice-Chancellor’s speech here (mostly in Swedish). A video of the entire Conferment Ceremony is also available to view. 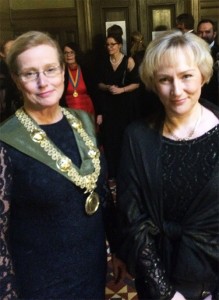 Furthermore, the former Deputy Vice-Chancellor Lena Marcusson held a highly appreciated speech at the Conferment Banquet, where she, as one of the recipients of the Rudbeck Medal, spoke on behalf of all the awardees.

The Conferment Ceremony was the last formal event to be held in the University Main Building for some time. Now, an extensive but careful renovation process begins. The Main Building is set to open again in autumn 2017.