Today, 80 new PhDs and 17 honorary doctorates have been conferred in the traditional Winter Conferment Ceremony. We also awarded prizes and awards to 11 worthy recipients.

This long day began early – at 06:00 – with a traditional porridge breakfast at Uplands Nation together with the students. One hour later, at 07:00, the day’s first cannon salute resounded over Uppsala, and the actual ceremony began at 12:15 with the procession into the Grand Auditorium. After the conferment ceremony we celebrated together with a ball at the castle.

It has been a grand conferment day, that has filled us with pride. It feels good to be surrounded by so much knowledge and joy at once.

If I could I would mention and thank everyone, but that would make this a post with no end. Instead, here are some photos from today’s ceremony. 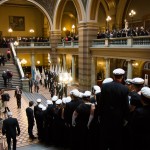 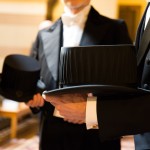 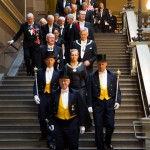 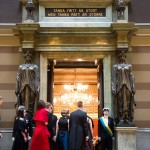 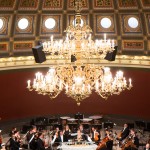 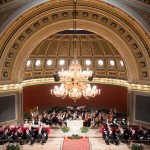 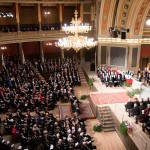